Why we recommend “Homo History” Blog 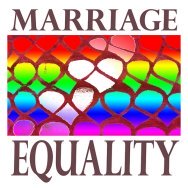 As gay people, many of us had to grow up like cuckoos in the nest … hiding within families in which we would have been seen as the enemy, were we discovered.

In our desperation, we have looked outside of our families for signs that there are other people like us … and many time we have failed.

How is it that we failed?

As more time passes and facts come to light, we begin to learn that our histories were being rewritten by organisations like Hollywood and obfuscated by those who believed it was their duty to hide gay and lesbian people (and those in LGBT relationships) from society.  If we/they couldn’t be seen, then we/they didn’t exist.

No wonder we have struggled to “come out” of an oppressive closet.

Fortunately, nowadays things are becoming brighter … we are not alone. In fact, we never really were. We are coming to re-learn certain facts about our collective forgotten & edited histories through modern courage: the film “J Edgar” shows us that Hoover had had a loving, long-term (probably unconsummated) relationship with Clyde Tolson.  Photographs and stories of James Dean show us that wasn’t just someone with a passing “gay-curiosity”; he was actively engaged sexually with men and embraced his sexuality.  Gay men didn’t just hang about secretly in underground caverns … they showed their love and relationships openly in family-style photographs (as well as being kept discretely in wallets).

It is with great pleasure & pride that Gay Couple Counselling.com recommends our readers look through the website Homo Histories ( http://homohistory.blogspot.co.uk/ ) packed full of vintage photographs of gay and lesbian couples clearly showing their affection for one another.

Reading through this blog, one begins to recognise how our history has been tipp-exed over and re-written.  As we grew up we were fed lies and the truth about the people we were searching for was covered over.

Reading Homo History gives one a refreshing sense that we existed, we were in healthy, loving and committed relationships, and that we and our loving relationships belong in society as much as any other married couple.

If ever we doubt ourselves again, websites like Homo Histories are there to remind us that we are not along, we love, and that we have always existed.